The auction was held on 20 December

On the auction GO prices decreased as the Hungarian and Croatian GOs were sold at 6.35 EUR/MWh on average, still the traded volume was similar to the previous auction held in November. This underlines the significant interest for GOs, however our market witnessed decreasing prices for the first time since the launch.

On 20 September 2022, HUPX Ltd. organized the first guarantees of origin (GO) auction in Europe, where all market participants active in any AIB member country had the opportunity to sell GOs.  HUPX Ltd., the operator of the first pan-European GO market since then holds monthly auctions, hence the second auction was held on 18th October, the third on 22 November and the fourth on 20 December.

The next auction will be held on 17 January.

More information about the guarantees of origin market:  About the GO market 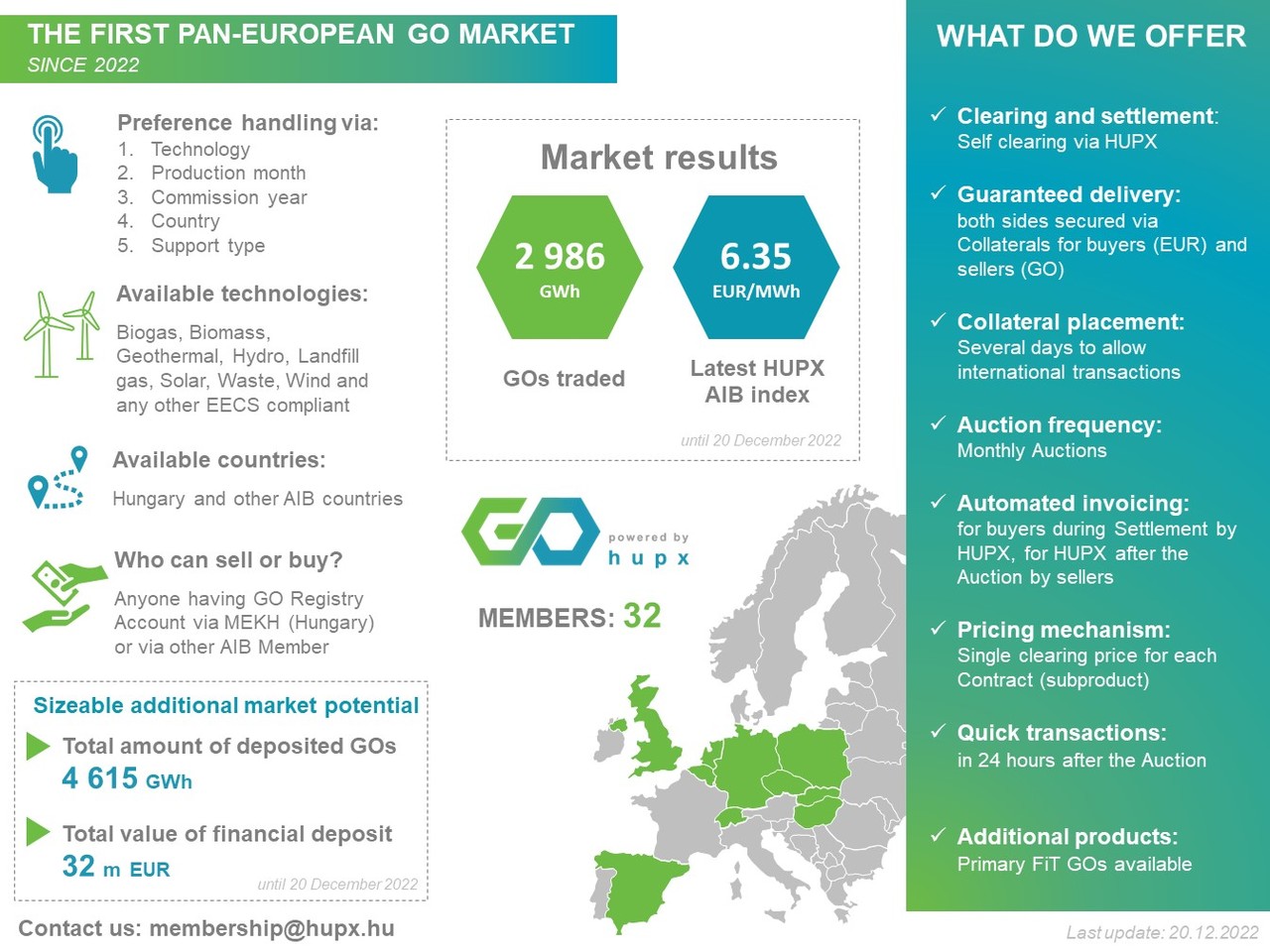