The auction was held on 22 November

At the auction held on 22 November 2022 GO prices continued to rise sharply, Hungarian GOs were sold at 8.16 EUR/MWh on average. The volume weighted average price mark the growing demand for green energy, as it exceeded 8 EUR/MWh for the first time ever on an organized GO market. As a comparison, during the past auction held in October prices reached 5 EUR/MWh. The traded volume was 289 967 MWh in November with 14 market participants and 84% of the offered AIB standard guarantees of origin were sold on the most liquid pan-European GO market. While on the September auction Norwegian and Hungarian GOs, on the October auction French and Hungarian GOs were sold, now only Hungarian GOs were traded. However, the offered volumes included French GOs this time as well.

On 20 September 2022, HUPX Ltd. organized the first guarantees of origin (GO) auction in Europe, where all market participants active in any AIB member country had the opportunity to sell GOs.  HUPX Ltd., the operator of the first pan-European GO market since then holds monthly auctions, hence the second auction was held on 18th October and the third on 22 November.

The next auction will be held on 20 December.

More information about the guarantees of origin market:  About the GO market 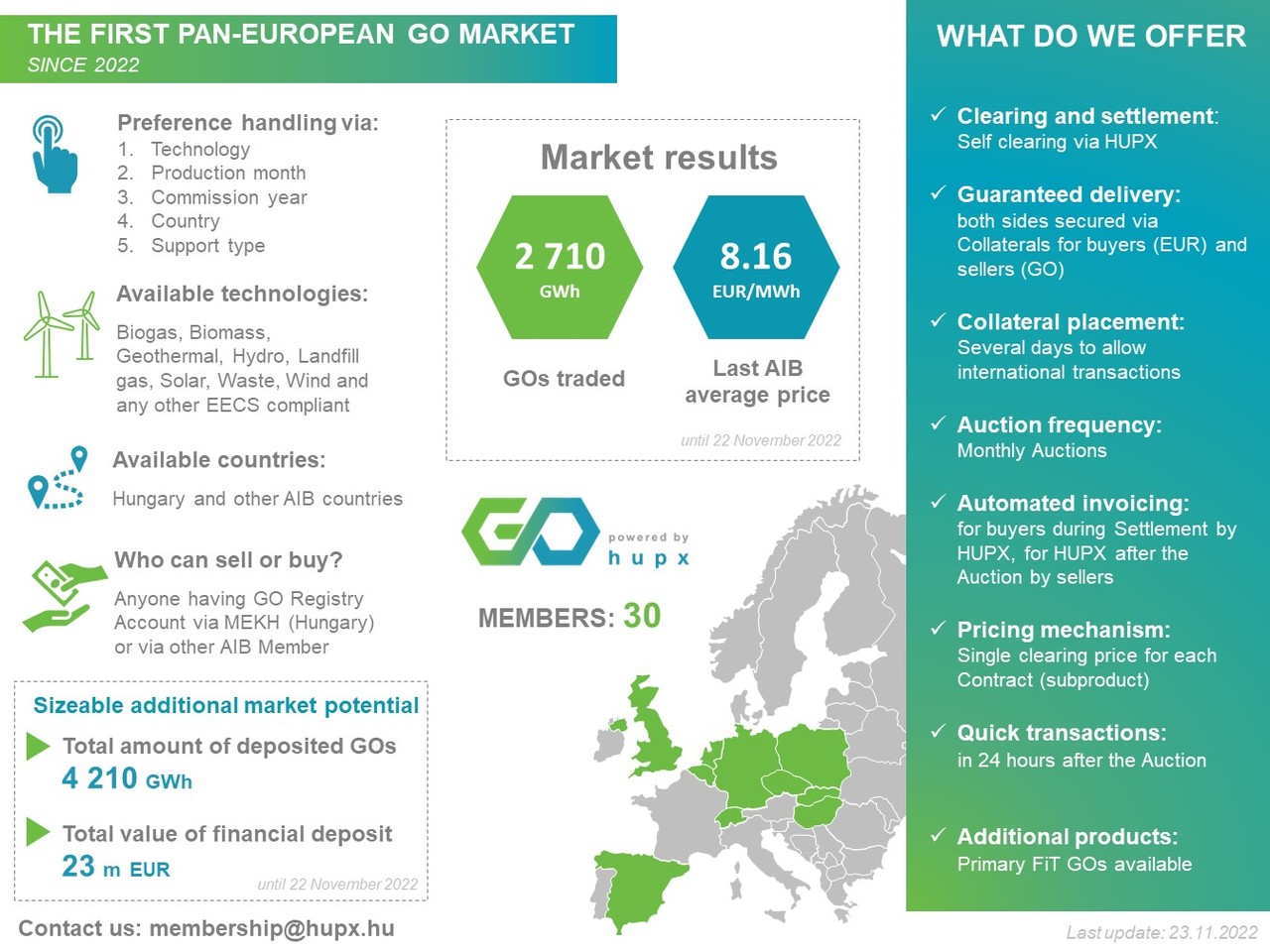